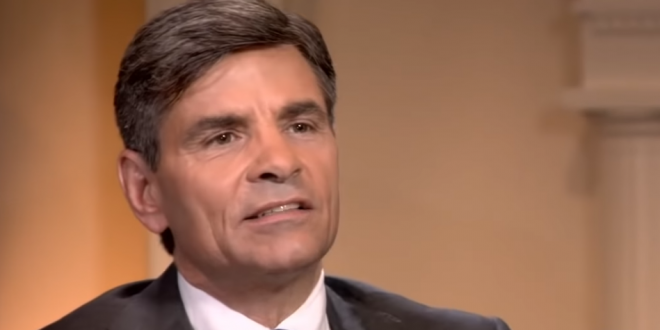 George Stephanopoulos tested positive for coronavirus over the weekend, nearly two weeks after his wife, Ali Wentworth, confirmed her diagnosis.

Stephanopoulos, who has been broadcasting “Good Morning America” from home, told his co-hosts Monday morning that his diagnosis is “really no surprise,” but that he has been “basically asymptomatic” — unlike Wentworth, who previously described the condition as “pure misery.”

Previous Democratic Socialists Group: We Won’t Endorse Biden
Next Fox Contributor: This Is Like The Flu, Not A Pandemic