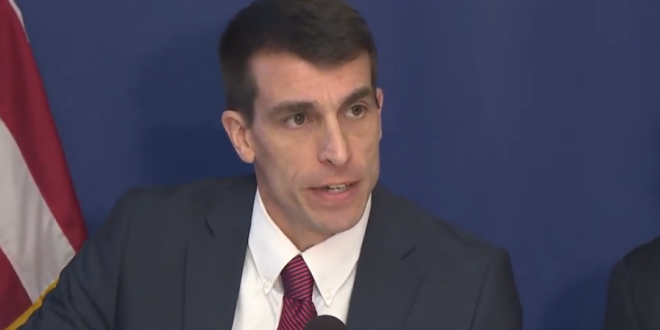 56% Of Pastors: Jesus Will Be Back In My Lifetime

On Tuesday, the Southern Baptist polling research firm released results from a phone survey, conducted between Jan. 24 and Feb. 11, of 1,000 senior pastors or ministers who were randomly called from a list of evangelical churches. “While Christians prepare to celebrate Jesus’ resurrection, many pastors believe they see signs His return may be close,” LifeWay Executive Director Scott McConnell [photo] said. “These sentiments were expressed in January before the prospect of a global pandemic became known.”

According to LifeWay, nearly nine out of 10 pastors see at least some current events “matching those Jesus said would occur shortly before He returns to Earth.” According to the data, 56 percent of pastors either strongly or somewhat agreed with the statement: “I expect Jesus to return in my lifetime.” Twenty-four percent said they were “not sure,” while 20 percent either strongly or somewhat disagreed.