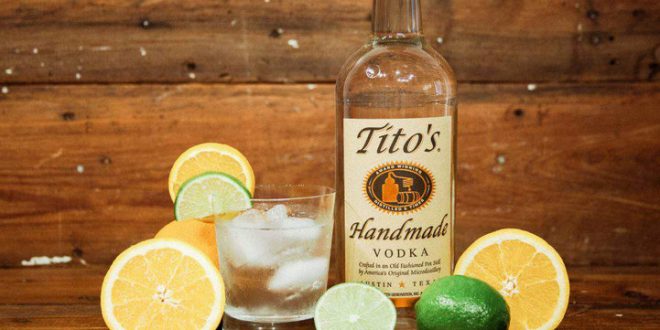 Vodka Maker: You Can’t Use Us For Hand Sanitizer

Tito’s vodka might be “handmade,” but it’s not made for your hands. The social media team at the Austin-based vodka maker — which is the top-selling spirit in America — is working overtime on Twitter today, forced to repeatedly explain that its product is not a suitable substitute for hand sanitizer — it just smells like it would be.

The confusion arises amid a shortage of hand sanitizer as concerned members of the public attempt to protect against the spread of the novel coronavirus. That lack of supply has led to price gouging for hand sanitizer online: a box of small Purell bottles that might sell for $10 typically are now listed for hundreds from secondary sellers on Amazon.

“As soon as we saw the incorrect articles and social posts, we wanted to set the record straight,” a spokesperson for Tito’s said in a statement provided to The Dallas Morning News.

“While it would be good for business for our fans to use massive quantities of Tito’s for hand sanitizer, it would be a shame to waste the good stuff, especially if it doesn’t sanitize (which it doesn’t, per the CDC).”

“Per the CDC, hand sanitizer needs to contain at least 60% alcohol. Tito’s Handmade Vodka is 40% alcohol, and therefore does not meet the current recommendation of the CDC,” Tito’s Vodka tweeted.

Tito’s Vodka has spent the last 24 hours explaining to people that it *cannot* be used as a replacement for hand sanitizer.