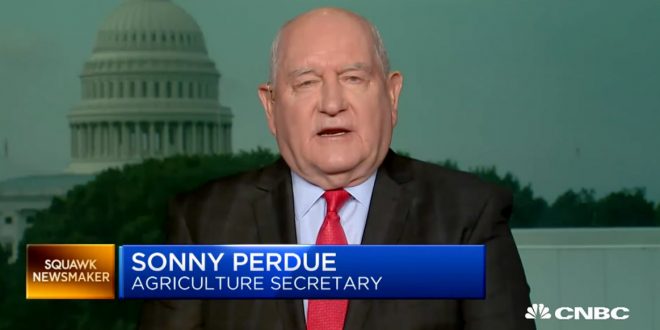 The Agriculture Department said Wednesday that it would appeal a judge’s ruling that it would be “arbitrary and capricious” to move forward during a global health crisis with food stamp changes that could force hundreds of thousands from the program.

Federal Judge Beryl Howell, in a ruling late last week, stopped a set of changes that would have taken effect on April 1. On Wednesday, an Agriculture Department spokesperson responded to an Associated Press query with a terse email saying only that “USDA disagrees with the court’s reasoning and will appeal its decision.”

Under the current rules, able-bodied adults without dependents must show they’ve worked at least 80 hours per month for more than three months in a 36-month period to stay in the SNAP or Supplemental Nutrition Assistance Program — commonly known as food stamps.