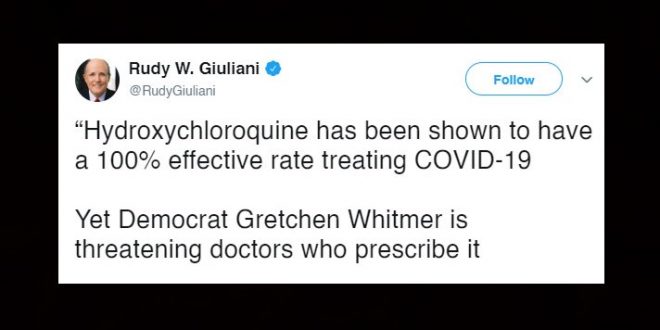 Trump personal attorney and confidant Rudy Giuliani posted a tweet featuring misinformation about the coronavirus and Michigan Governor Gretchen Whitmer, which was then deleted by Twitter because it violated the platform’s rules.

On Friday, Giuliani tweeted direct quotes from dedicated Trump supporter Charlie Kirk, rather than retweeting him for some reason. The tweets link now gives users the message “This Tweet is no longer available because it violated the Twitter Rules.” 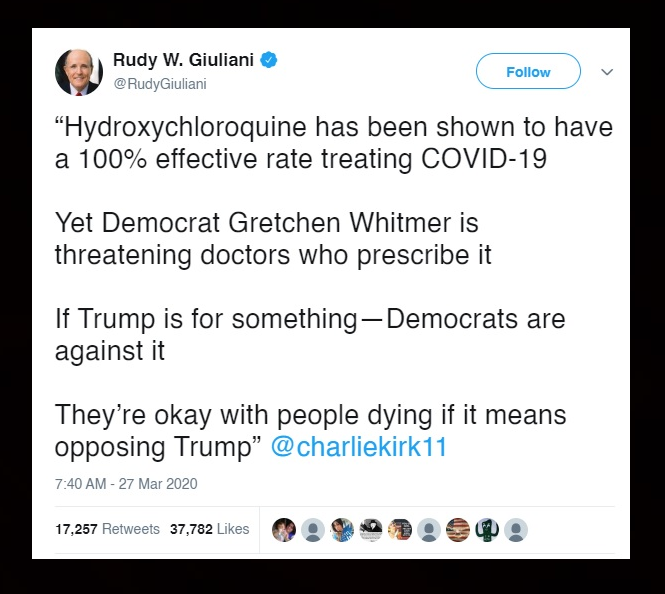