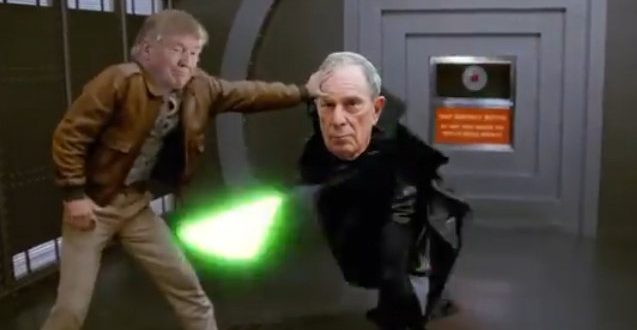 President Trump on Thursday struck back at Mike Bloomberg with a parody video clip showing him giving Bloomberg a stiff-arm as the former NYC mayor haplessly flails at the president with a lightsaber.

“Mini Mike, you’re easy,” the commander-in-chief tweeted along with the two-second clip, which shows Bloomberg’s head superimposed on an image of “Spaceballs” villain Dark Helmet.

The tweet was a response to Bloomberg’s own mocking tweet Wednesday in which he compared himself to Obi-Wan Kenobi and Trump as Darth Vader in a lightsaber duel.