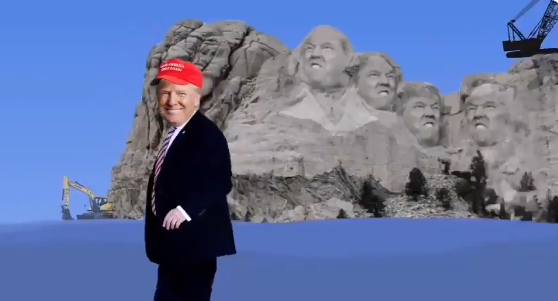 Shortly after health officials in Washington state confirmed the second U.S. death from the novel coronavirus in as many days, President Trump retweeted an animated video Sunday night in which he again bragged about his accomplishments, laughed at his political opponents and critics, and smiled as Mount Rushmore was reshaped to feature only his face.

The video, which had been viewed more than 1 million times as of early Monday, was retweeted late Sunday amid reports that the Trump administration has scrambled to gain control of an American response to the global crisis, a response that has been “defined by bureaucratic infighting, confusion and misinformation.”