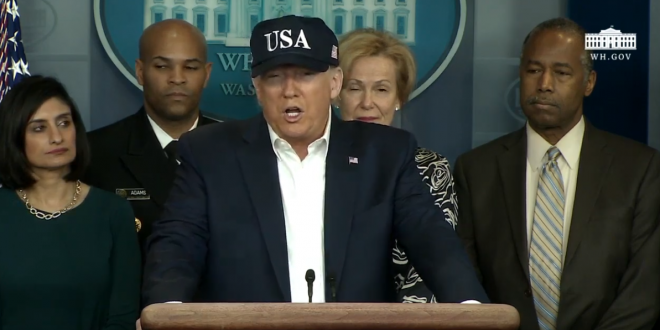 Trump To Extend Travel Ban To UK And Ireland

The US government has announced it is expanding its European travel ban to include Britain and Ireland, as it seeks to contain the coronavirus pandemic sweeping the globe.

Donald Trump originally exempted Britain and Ireland from his 30-day ban on travellers from 26 European countries that took effect at midnight on Friday. The new travel restrictions on Britain and Ireland are likely to go into effect on Monday night, US and airline officials told Reuters.

More than 1,000 people in Britain have tested positive for the virus and more than 20 of those have died. A number of the latest patients who died – who were over 60 with the oldest in his nineties – had underlying health conditions, NHS England said.

Watch Live: Trump addresses the nation, confirming plans to expand the travel ban to Ireland and the UK on Monday, and that he took a coronavirus test and is waiting for results. https://t.co/9gpyALrxs7

Trump confirms that he will extend his partial travel ban to visitors from the UK and Ireland and is considering domestic travel restrictions tied to affected areas inside the United States.

JUST IN – President Trump extends the travel ban to the United Kingdom & Ireland. VP Pence repeats, "Americans in the UK and Ireland can come home."