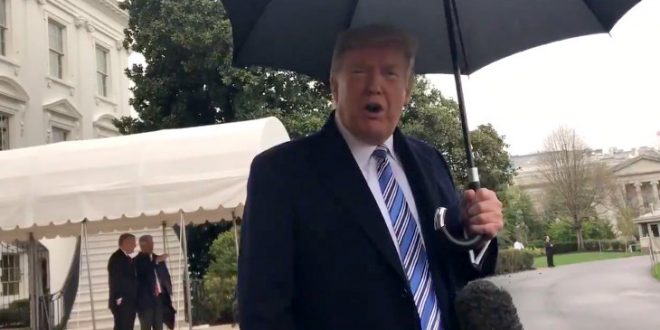 Trump Suggests He Might Quarantine NY, NJ And CT

In a gaggle with reporters, President Trump said he is considering a quarantine on New York, parts of New Jersey and Connecticut. He said he might make a decision later today. It comes as the United States has become the epicenter of the novel coronavirus pandemic, with more than 100,000 confirmed infections and nearly 1,600 deaths.

Cuomo: “I don’t even know what that means”

On the matter of a quarantine of the NYC metro area, Pres Trump says he’s thinking about it. “We might not have to do it but there’s a possibility that sometime today we’ll do a quarantine — short term – two weeks for New York, probably New Jersey and parts of Connecticut.”

Gov. Cuomo says he has no idea what Trump is talking about. He has no idea how this would be legally enforceable.

I am giving consideration to a QUARANTINE of developing “hot spots”, New York, New Jersey, and Connecticut. A decision will be made, one way or another, shortly.

Previous Anne Graham Lotz: The Silver Lining In The Virus Is It Will “Turn People From Secularism” And Back To God
Next Prophetess Orders “Every Disease, Virus, And Pandemic To Be Utterly Abolished From Infiltrating Human Bodies”