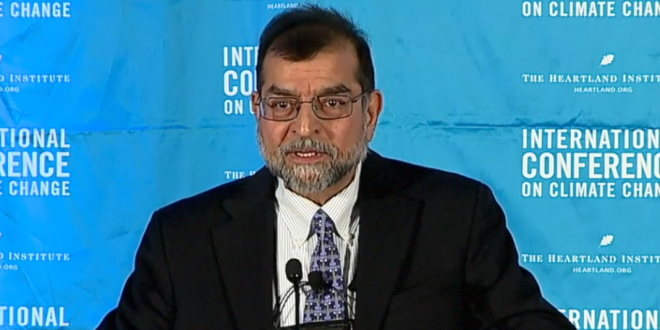 An official at the Interior Department embarked on a campaign that has inserted misleading language about climate change — including debunked claims that increased carbon dioxide in the atmosphere is beneficial — into the agency’s scientific reports, according to documents reviewed by The New York Times.

The misleading language appears in at least nine reports, including environmental studies and impact statements on major watersheds in the American West that could be used to justify allocating increasingly scarce water to farmers at the expense of wildlife conservation and fisheries.

The effort was led by Indur M. Goklany, a longtime Interior Department employee who, in 2017 near the start of the Trump administration, was promoted to the office of the deputy secretary with responsibility for reviewing the agency’s climate policies.

Read the full article. Below Goklany speaks at 2017 climate denial convention put on by the right wing Heartland Institute.