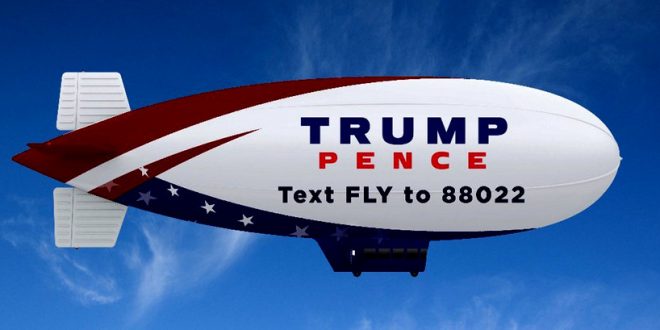 It’s a bird… It’s a plane… It’s the Trump blimp. In its latest effort to reach voters, the president’s reelection campaign is planning to fly a blimp above swing states. The blimp is set to fly between May and July.

According to aides familiar with the plans, it is expected to appear above sporting events and other large gatherings. The campaign is exploring the possibility of holding contests that would allow winners to fly in the blimp.