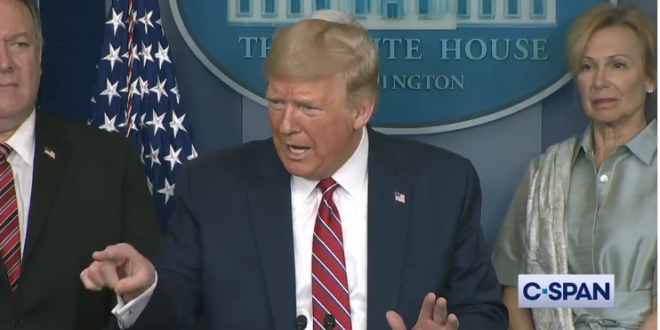 There was another set of numbers that also helped persuade Mr. Trump to shift gears on Sunday and abandon his goal of restoring normal life by Easter. Political advisers described for him polling that showed that voters overwhelmingly preferred to keep containment measures in place over sending people back to work prematurely.

Those two realities — the dire threat to the country and the caution of the American public — proved decisive at a critical juncture in the response to the pandemic, his advisers said.

The first of those two realities, the deadly arc of the virus, has been known for weeks even if disregarded by the president when he set his Easter target. But the second of the two upended Mr. Trump’s assumptions about the politics of the situation and restrained, for a moment at least, his eagerness to get back to business as usual.

Previous Trump: I Haven’t Heard About Testing Being A Problem
Next Senator: Reopen Parts Of US, “Death Is Unavoidable”