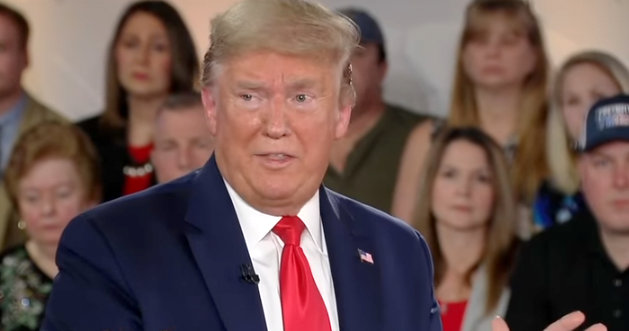 Trump: Coronavirus Fears Will Help The US Economy

“Well, look, we were set to hit 30,000 on the Dow. This is a number that nobody even came close to. And already we have the number. And even though it’s down 10 or 11 percent, it’s still the highest it’s ever been, by far.

“At the same time, I have to say, people are now staying in the United States, spending their money in the U.S. — and I like that I’ve been after that for a long time.” – Glorious Leader Donald Trump, speaking to Fox News.