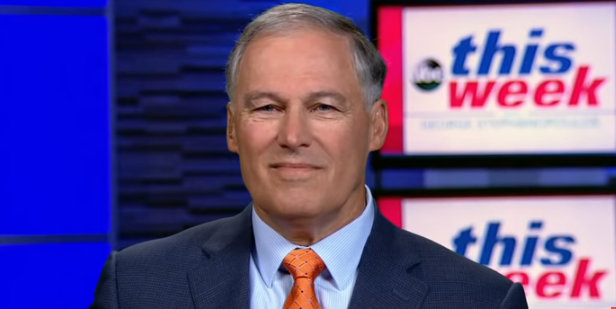 President Trump on Friday slammed Washington Gov. Jay Inslee (D) as the state grapples with an outbreak of the coronavirus, calling him a “snake” for criticizing the administration’s response to the disease.

“I told Mike not to be complimentary to the governor, because that governor is a snake,” Trump said of Inslee. “I said, ‘if you’re nice to him he will take advantage.'”

“Let me just tell you, we have a lot of problems with the governor. So, Mike may be happy with him, but I’m not,” Trump continued, claiming Democrats would refuse to give him credit regardless of the quality of response to the coronavirus.

He can’t even put his ego aside for one moment in the midst of a an deadly epidemic.

People in Inslee’s state have died FFS. I just can’t grasp how anyone can defend this guy anymore. He’s unfit beyond belief. https://t.co/VCaCNYU7ex