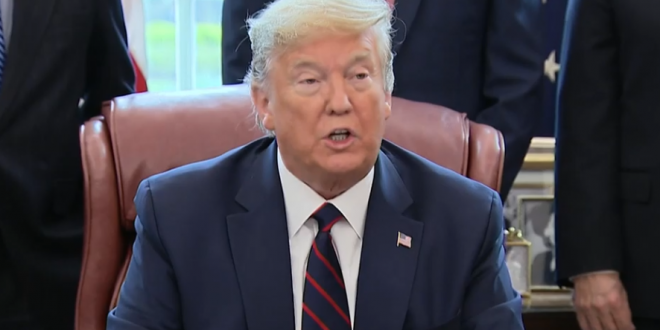 President Donald Trump signed a $2 trillion coronavirus relief bill on Friday, as Washington tries to blunt economic destruction from the pandemic ripping through the United States.

The House earlier passed the stimulus package, believed to be the largest in U.S. history, by voice vote, which simply measures if more lawmakers shout for “aye” or “nay” on whether to support it. The chamber scrambled Friday to block an effort to delay its passage.

While it is unclear how quickly the government will dole out some of the money such as increased unemployment benefits and small business loans, the White House and congressional leaders have said some individuals will receive direct payments of up to $1,200 within three weeks.

I just signed the CARES Act, the single biggest economic relief package in American History – twice as large as any relief bill ever enacted. At $2.2 Trillion Dollars, this bill will deliver urgently-needed relief for our nation’s families, workers, and businesses. #CARESAct🇺🇸 https://t.co/0WnTNFZPZD

Previous Dozens In Congregation Ill At Small Chicago Church
Next Michigan Gov: Feds Told Vendors Not To Ship To Us