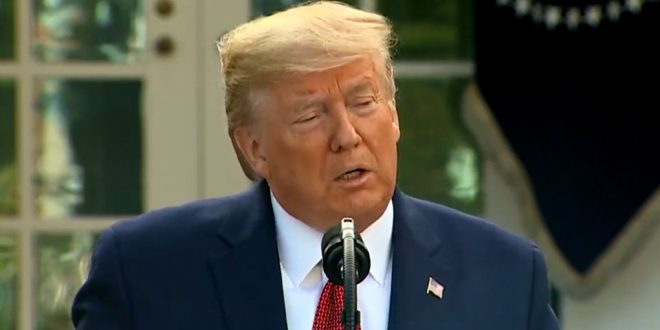 President Trump on Monday morning became the latest in a procession of Republicans to say making it easier for more people to vote would hurt his party politically.

In an interview on “Fox & Friends,” Trump referenced proposals from Democrats in the coronavirus stimulus negotiations that would have vastly increased funding for absentee and vote-by-mail options. The final package included $400 million for the effort, which was far less than what Democrats had sought.

“The things they had in there were crazy,” Trump said. “They had things — levels of voting that, if you ever agreed to it, you’d never have a Republican elected in this country again.” Trump didn’t expand on the thought. But he clearly linked high turnout to Republicans losing elections.