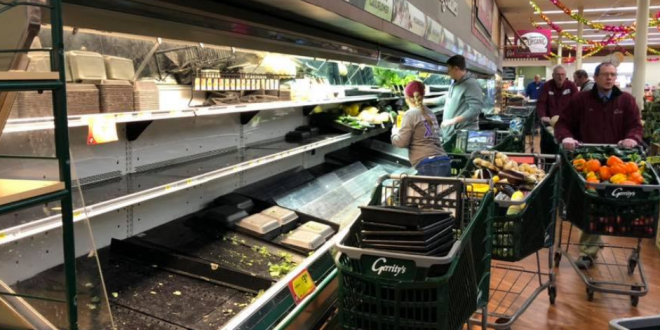 Police on Thursday charged a Pennsylvania woman for making terrorist threats after she coughed on grocery store food while claiming to be sick.

Margaret Cirko, 35, allegedly “intentionally contaminated” grocery items by coughing and spitting on them, claiming to be sick while attempting to steal a pack of beer, according to the Hanover Township Police Department.

The incident resulted in the store disposing of $35,000 worth of produce, meat, and other essential items. Cirko was sent to a mental health hospital to be evaluated after her arrest.

My first report on the incident is here.

Police have charged Margaret Cirko, 35, with making terroristic threats after they say she claimed to have #coronavirus & intentionally coughed/spit on food in grocery store. Store threw out $35,000+ of product ⁦@69News⁩ pic.twitter.com/vppZBdEh0S