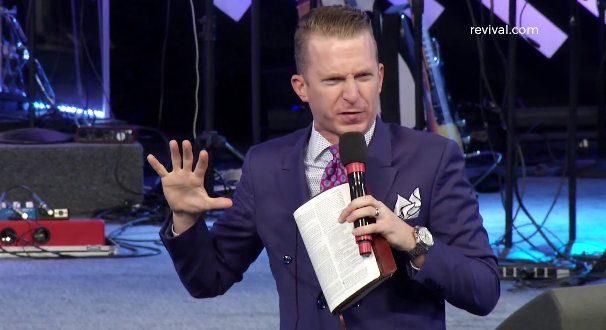 Televangelist: God Will Protect Only The Red States From The Coronavirus Because Trump “Honors Israel”

“Read the Bible. A nation doesn’t have to be run by a perfect man for God to give goodness to a nation. They can say whatever they want, he honored Israel. Obama honored the enemies of Israel; Trump honors Israel, and it’s a massive difference.

“And because of that, I predict America will be minimally affected by coronavirus. I exclude from my prediction the Pacific Northwest, California, and New York, because in a God honoring nation, those are four places that have chosen to give God the middle finger in the shape of an Empire State Building lit up in pink to celebrate the passage of the [legislation] that you can kill a baby.

Shuttlesworth last appeared on JMG when he declared that he would still support Trump even if he ran a dog-fighting ring on Mother Theresa’s grave.

Previous REPORT: FEMA May Declare Coronavirus Emergency
Next Court: Hillary Must Be Deposed Over Private Server