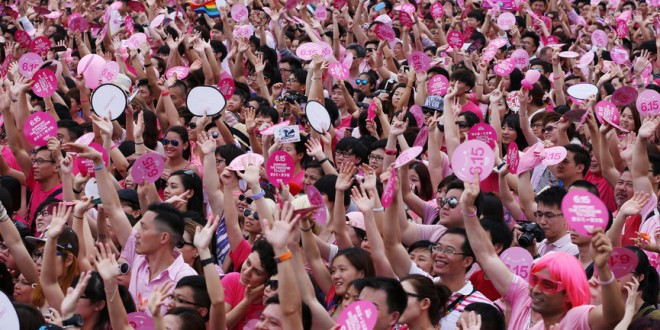 Members of Singapore’s LGBT community reacted with dismay today to word that gay sex remains a criminal offense after the high court dismissed three challenges to the antiquated law.

“Sorry guys, but we press on. Keep the Faith,” Ong wrote on Facebook today. The court’s full grounds for dismissing the challenges, which were filed in 2018 and 2019, will be released at a later date, CNA reported.

As is so often the case, Singapore’s anti-gay law dates back to British colonial times and is only applicable to sex between men.

The law is based on India’s now-overturned Section 377 as the then-territory was once under the control of the British East India Company.

Pictured above is Singapore’s annual Pink Dot festival. In 2016, the Singaporean government banned corporations from sponsoring the event.