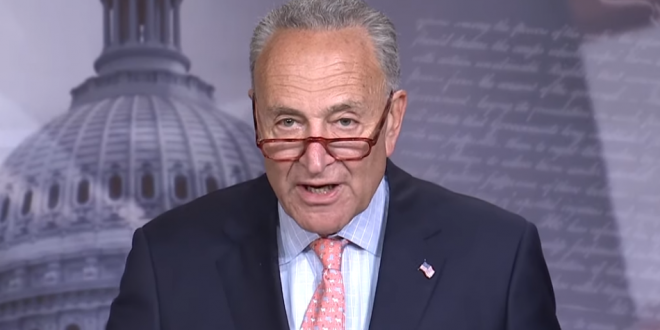 President Donald Trump’s businesses are barred from getting loans or investments under the new $2 trillion coronavirus stimulus deal, according to Senate Minority Leader Chuck Schumer.

The Trump Organization, which the president has not divested, is run by his two elder sons, Donald Jr. and Eric. The company controls several hotels, resorts and golf clubs, including Mar-a-Lago in Palm Beach, Florida. The resort closed last week, during its peak season.

Lawmakers and the White House reached an agreement early Wednesday after days of tense, roller-coaster negotiations that added to uncertainty in markets.

Previous Glenn Beck Would “Rather Die” Than Kill The Economy
Next Brian Brown: Send Me Money So We Can Make Sure Stimulus Bill Doesn’t “Cram Though” Any LGBT Rights