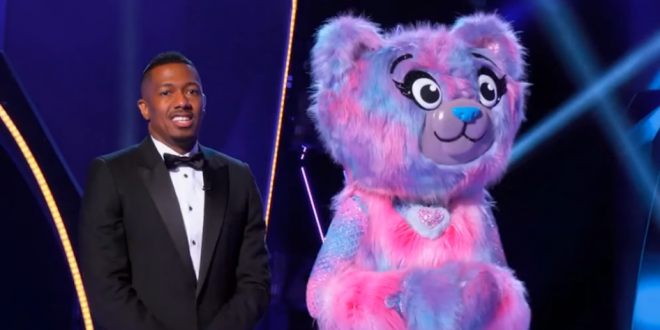 Sarah Palin Raps Baby Got Back On The Masked Singer

We can bear-ly believe it: Former Alaskan governor Sarah Palin was unmasked as the Bear on Wednesday night’s edition of “The Masked Singer,” and her song choice was… well, unexpected.

Palin, who performed “Baby Got Back” by Sir Mix A Lot in the episode, told host Nick Cannon that “to not be able to see much of anything out of this is really nice. It takes the sharp edges off the world. Everything looks a little softer, nicer. I needed this.”

Why the bear? “The bear is part of my nickname growing up and the whole ‘Mama Bear’ thing, and they’re in Alaska. They’re in their front yards. Bear was easy. I was so appreciative of ‘The Masked Singer,’ they let me exploit men. I changed the lyrics and it was all about men.”

Hell is watching Sarah Palin rapping Baby Got Back on The Masked Singer go straight into coverage of Trump speaking about a pandemic pic.twitter.com/Yt0JXFwFqk

In the course of about 10 minutes, Sarah Palin sang Baby Got Back on national TV, Trump banned travel from Europe, Tom Hanks revealed he had the virus and the NBA season got postponed.

Sarah Palin dressed as a rainbow bear and sang baby got back on masked singer. What alternative timeline have I been flung into?! pic.twitter.com/AztRqVNm1v