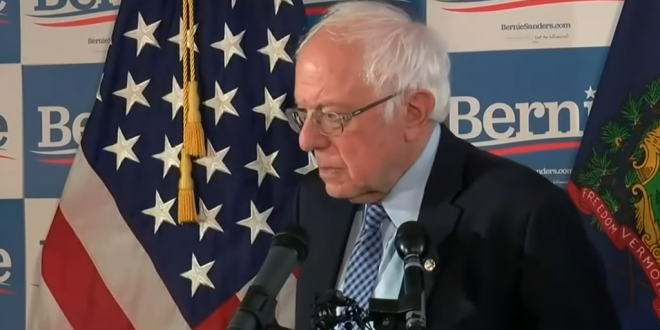 Speaking at a news conference in Burlington, VT on Wednesday, Bernie Sanders sounded off on “some in the corporate media” — making reference to CNN’s Michael Smerconish comparing the Sanders campaign to the coronavirus, and former MSNBC host Chris Matthews likening the Sanders campaign’s ascent to the rise of the Nazis.

“There’s not been a campaign, I think, that has been having to deal with the kind of venom that we’re seeing from some in the corporate media,” Sanders said. “This campaign has been compared to the coronavirus on television. We have been described as the Nazi army marching across France.”

Following our big wins on Super Tuesday, join us live for a reaction to results and an update on how we will win the nomination. https://t.co/seFx6nhf9w