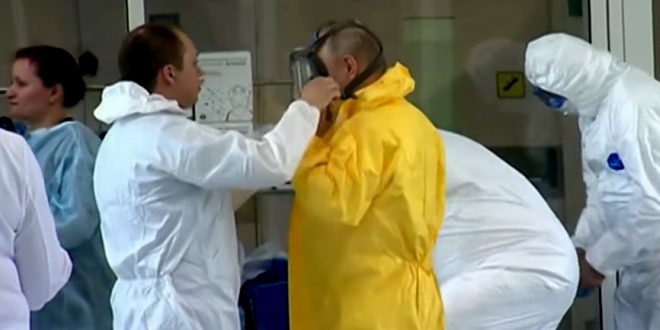 The mayor of Moscow told President Vladimir Putin on Tuesday that the number of coronavirus cases in the Russian capital far exceeded the official figures, as Putin donned a protective suit and respirator to visit a hospital.

The comments by Sergei Sobyanin, a close ally of Putin, were authorities’ strongest indcation yet that they do not have a full grasp of how widely the virus has spread throughout Russia’s vast expanse. Russia has so far reported 495 cases of the virus and one death, far fewer than major western European countries.

Putin has previously said the situation is under control, but some doctors have questioned how far official data reflect reality, and the government on Tuesday closed nightclubs, cinemas and children’s entertainment centres to slow the spread of the virus.