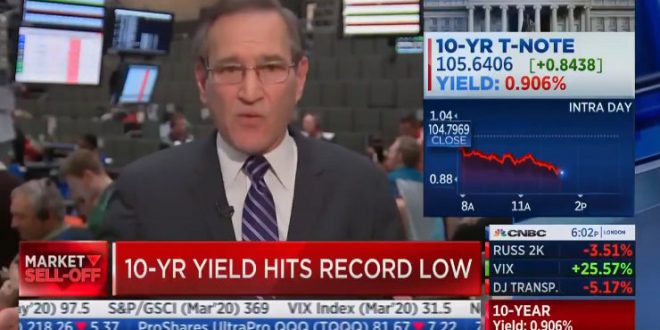 Everyone in America should be given the coronavirus so the economic impact of the outbreak will be lessened, CNBC on-air editor Rick Santelli suggested Thursday. But what he left unsaid was that could result in more than 11 million Americans dead.

Santelli, who is widely credited with helping spark the Tea Party movement in 2009, made the comments during CNBC’s “The Exchange” in a conversation with anchor Kelly Evans, who asked him what the catalyst was for the recent chaos on Wall Street.

.@CNBC editor Rick Santelli says at around 30s “Maybe we’d be just better off if we gave it to everybody, and then in a month it would be over” when remarking on the impact of #COVID19. #coronavirus #US pic.twitter.com/DGDn3mWK4E