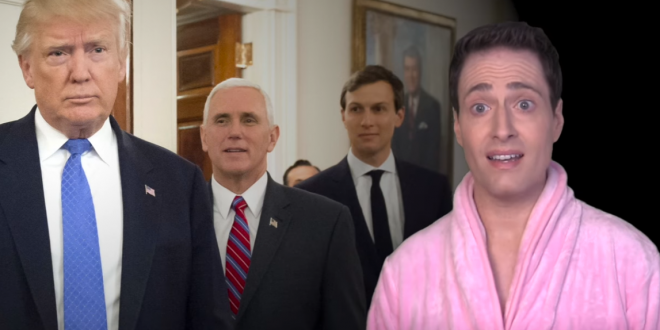 YouTube star Randy Rainbow is back this weekend with a typically blistering take on Trump’s virus response, all set to the tune of Frank Loesser’s Adelaide’s Lament, from his enduring 1950 Tony-winning musical Guys And Dolls.

The number was originated on stage by Vivian Blaine, who reprised the role in the 1955 film version.

Of special interest is that Blaine is considered by some to have been the first celebrity to make PSAs for AIDS-related causes, even donating the proceeds from her 1983 cabaret album to the then-fledgling AIDS Project Los Angeles.