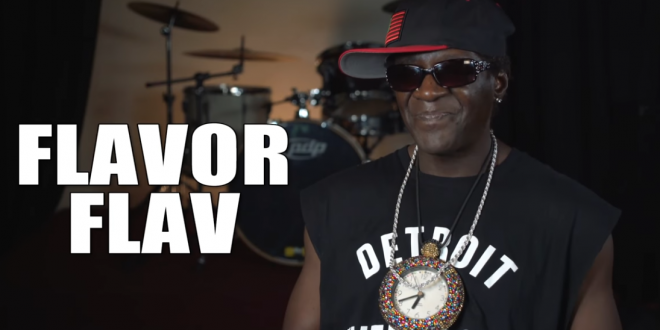 Public Enemy announced they are permanently “moving forward” without Flavor Flav, firing one of hip-hop’s most memorable hypemen after more than 35 years. The abrupt dismissal comes just two days after the rapper sent a cease-and-desist letter to Bernie Sanders over Chuck D’s concert at the campaign’s Los Angeles rally Sunday.

“Public Enemy and Public Enemy Radio will be moving forward without Flavor Flav,” the hip-hop legends said in a brief statement Sunday. “We thank him for his years of service and wish him well.”

The cease-and-desist letter, sent to Sanders Friday by Flavor Flav’s lawyer Matthew Friedman, accused the campaign of using the hypeman’s “unauthorized likeness, image and trademarked clock” to promote the rally, even though Flavor Flav “has not endorsed any political candidate.”

Public Enemy was inducted into the Rock & Roll Hall of Fame in 2013.

Spoke @BernieSanders rally with @EnemyRadio. If there was a $bag, Flav would’ve been there front & center. He will NOT do free benefit shows. Sued me in court the 1st time I let him back in. His ambulance lawyer sued me again on Friday & so now he stays home & better find REHAB