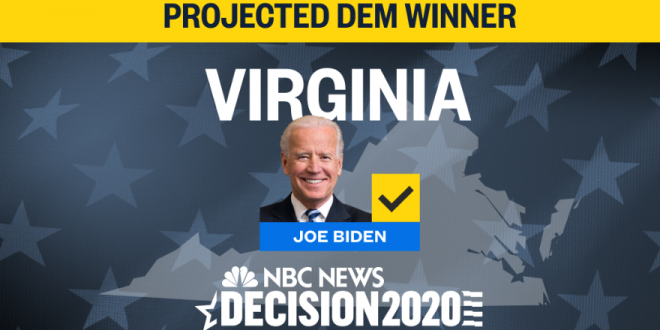 As the first polls close on Super Tuesday, former Vice President Joe Biden has won the Virginia Democratic primary and Sen. Bernie Sanders has come out on top in his home state of Vermont, NBC News projects.

More than 1,300 delegates — about a third of the total — are at play, more than on any other day in the primary election. The first polls close at 7 p.m. ET and a lot of eyes will be on how Sanders, I-Vt., Biden and Sen. Elizabeth Warren, D-Mass., perform.