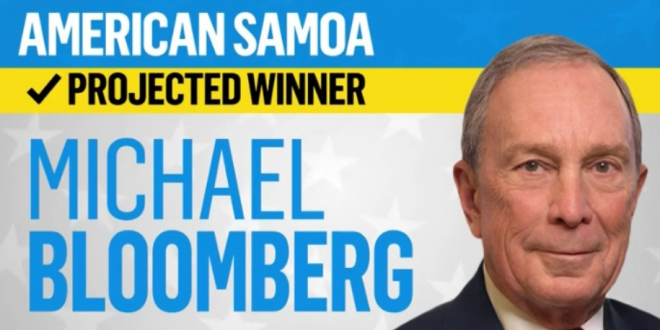 Here’s probably how it happened:

The chief, who was a delegate for President Obama at the 2008 Democratic National Convention, said he believes in Bloomberg’s “message of change for the people of American Samoa.”

“I believe in Mike’s message of change for the people of American Samoa — he has the experience and the vision to bring about the change we need — including staving off climate change, which will be devastating to our home. He has my family’s vote, and my village,” the chief said, according to a campaign release.