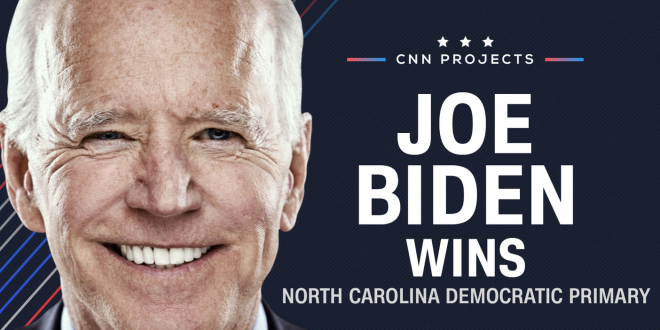 Joe Biden will win the North Carolina Democratic primary, according to an NBC News projection, giving him another one of the biggest states on Super Tuesday. After his win in South Carolina on Saturday and his projected win in Virginia earlier Tuesday, it represents continued dominance for the former vice president in southern states.

With 110 delegates up for grabs, the Tar Heel state boasts one of the biggest prizes of any of the 14 primary elections being held on Super Tuesday. Only Texas and California award more delegates. NBC News projected right after polls closed at 7:30 p.m. ET that Biden would win at least 14 of the state’s delegates.