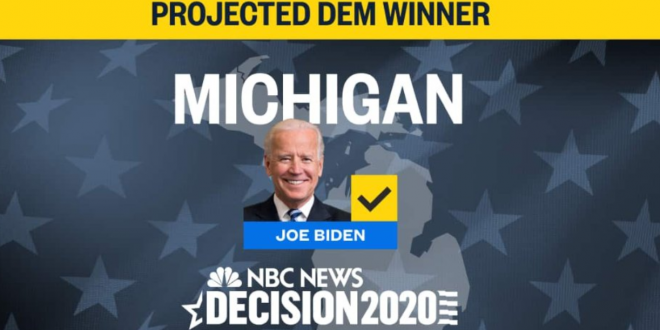 Biden appeared to perform well both with Michigan’s African-American population and its white working class, two groups Democrats hope to turn out in a general election against President Donald Trump. The state contains 125 delegates; it is also a key one for Democrats hoping to do well in the Electoral College in November.

To underscore his strength with African American voters nationally, Biden held a large rally in Detroit on Monday night with Sens. Cory Booker (D-NJ) and Kamala Harris (D-CA), two black senators who were former candidates for president and who endorsed Biden in recent days.