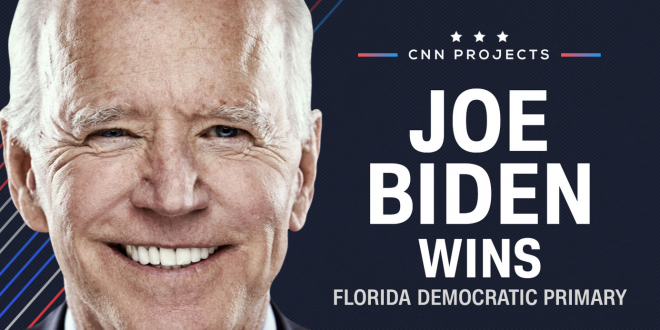 Based on an analysis of the vote, ABC News projects that former Vice President Joe Biden will win the Florida Democratic primary.

Some of the vote is trickling in across Florida, and currently, with 38% of the expected vote reporting, Joe Biden is leading Bernie Sanders by nearly 40 points, 58%-21%.