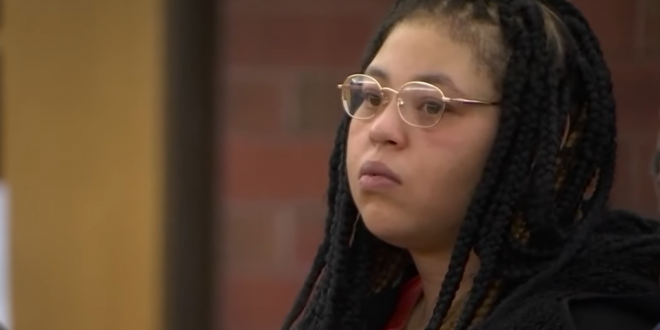 The woman accused of starting the fatal fire that ripped through a Hartford apartment building early Sunday morning lit a bottle of hand sanitizer on fire and threw it at her girlfriend during a domestic altercation, according to Hartford police.

The fire spread from there throughout the upper floors of the building. Police arrested Destiny Waite, 28, in the hours after the fire. Firefighters arrived at the scene at 39 Charter Oak Place just before 1:30 a.m. on Sunday and found residents hanging from windows, trying to escape the smoke and flames.

Emergency crews rescued several people from the fire. During a secondary search of the building, firefighters found a victim dead inside. The victim was identified as 50-year-old Jerome Kyser.

Waite has been charged with murder and is being held on a $1 million bond.