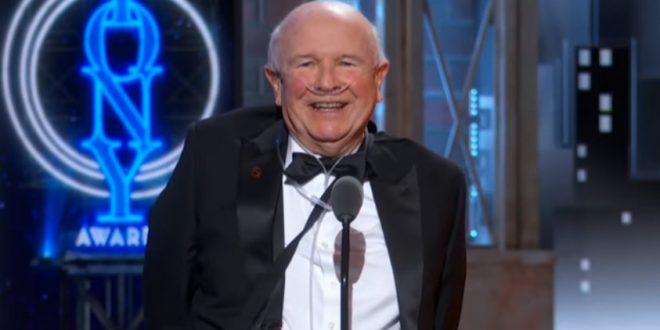 Terrence McNally, the celebrated playwright and librettist who penned an award-winning body of work ranging from drama to farce to musical comedy, died on March 24 at Sarasota Memorial Hospital in Sarasota, FL, according to publicist Matt Polk. The cause of death was complications due to coronavirus; McNally was a lung cancer survivor who lived with chronic obstructive pulmonary disease. He was 81.

McNally made his Broadway debut with an adaptation of The Lady of the Camellias (1963), which was followed by the original plays And Things That Go Bump in the Night (1965), Morning, Noon and Night (1968) and an evening of one-acts titled Bad Habits (1974). He struck gold for Rita Moreno with the farce The Ritz (1975), which won the actress a Tony Award for portraying the over-the-top bathhouse singer Googie Gomez.

Last year, he earned the Tony Award for Lifetime Achievement in the Theatre just as a Broadway revival of his 1982 drama “Frankie and Johnny at the Clair de Lune” opened in an acclaimed production starring Audra McDonald and Michael Shannon. He is survived by his husband, Tom Kirdahy, whom he wed in 2003 in a civil union ceremony followed by a 2010 wedding.

Back in 1991, McNally’s Lips Together, Teeth Apart was the first play I saw as an adult in New York City.

Playwright Terrence McNally, who won 4 Tony Awards and received the 2019 Tony Award for Lifetime Achievement, has died of coronavirushttps://t.co/SkixYjBRl1

Terrence McNally did so much to humanize and validate LGBT experiences and lives. Such a loss.https://t.co/IVPfvZRzCw