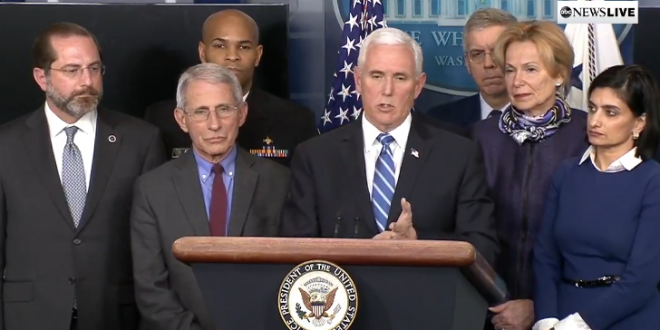 Vice President Pence said Tuesday that a group of major health insurance companies have agreed not to charge patients copays when they get tested for coronavirus.

Pence made the comments at a meeting at the White House with the CEOs of major health insurance companies aimed at encouraging people to get tested by removing cost barriers. Some insurance companies had already announced they were waiving copays, but Pence’s announcement appeared to cover a larger group.

The leaders of major health insurers, including UnitedHealth Group, Anthem, Cigna, Humana, Aetna and the Blue Cross Blue Shield Association were at the meeting, according to the White House.

Vice President Mike Pence says “cost would not be a barrier” to coronavirus testing, as top health insurance companies join Medicare and Medicaid in agreeing “to waive all copays” and “cover the cost of all treatment for those who contract” the virus. https://t.co/YF8LVqYMmD pic.twitter.com/2XjegTHGNo

The Trump admin must immediately address:

1—Availability of tests
2—Lack of clarity on how testing and care is covered for those who need it
3—Junk insurance and whether patients will face unexpected cost-sharing when being tested
4—Paid sick days for millions pic.twitter.com/o6jMKyNlfo