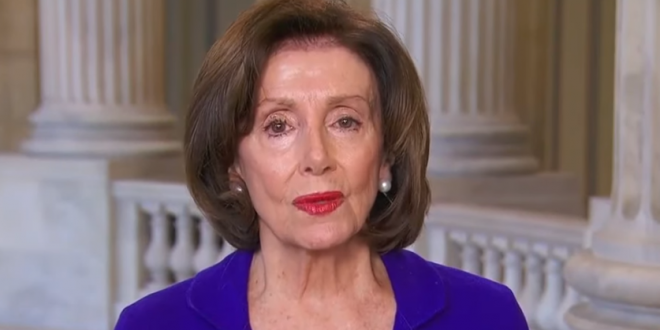 Pelosi: “As The President Fiddles, People Are Dying”

Nancy Pelosi today sharply criticized Trump’s handling of the coronavirus pandemic, arguing that his actions have resulted in the loss of American lives and warning against the relaxing of social-distancing guidelines. “His denial at the beginning was deadly. His delay in getting equipment to where it’s needed is deadly. I think the best thing [to do would be] to prevent more loss of life rather than open things up, because we just don’t know,” Pelosi said.

She noted that the death toll has doubled in recent days and suggested that, at some point, there should be an examination of the Trump administration’s handling of the crisis. “When did this president know about this, and what did he know? That’s for an after-action review. But as the president fiddles, people are dying. And we just have to take every precaution,” the speaker said.

“As the President fiddles, people are dying. We just have to take every precaution.” #CNNSOTU pic.twitter.com/nZCmCB12jG