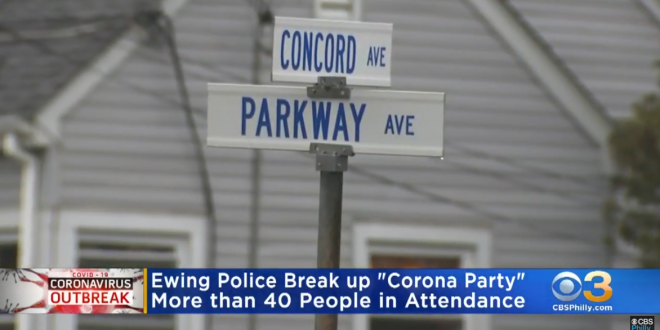 New Jersey officials are bringing formal charges against a man for throwing a house party — an action in direct contradiction with the state’s order to practice social distancing. The Mercer County Prosecutor’s Office said a 54-year-old man hosted nearly 50 people inside his Ewing Township apartment. Prosecutors are charging the man with two disorderly persons citations.

Ewing police broke up the party after receiving a noise complaint around 1 a.m. Saturday, prosecutors said. The apartment, they said, was approximately 550 square feet, with one bedroom and one bathroom. Wade Jackson, the tenant, told cops he was throwing a “Corona Party,” police said, adding the tenant had “ended the party” after police told him he was in violation of Murphy’s sweeping Executive Order No. 107.

Previous Inside Trump’s “15 Days To Slow The Spread” Plan
Next Pelosi: “As The President Fiddles, People Are Dying”