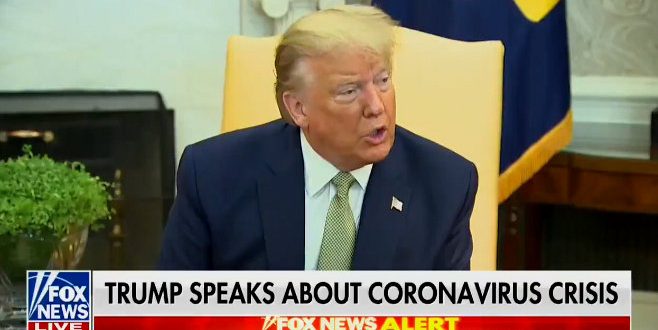 New Ad From Never Trumpers: “Why Did Trump Lie?”

An anti-President Trump group of Republicans released a new ad Thursday blasting the president’s messaging over the coronavirus pandemic.

The ad, released by Republicans for the Rule of Law, shows President Trump at the World Economic Forum in January being asked whether there were “words of a pandemic” and the president responding “no, not at all.”

The ad shifts to Trump speaking to Fox News Host Sean Hannity saying “Well, we pretty much shut it down,” about the spread of coronavirus before going on to include other clips of Trump. The group, who supported the president’s impeachment, said the ad will air on “Fox & Friends” Friday morning, according to their website.