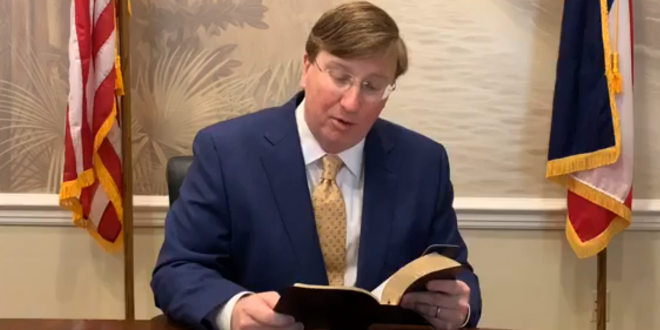 MS Gov Does Live Bible Reading Because THAT Helps

Because church/state separation apparently goes out the window whenever there’s a crisis to exploit, Mississippi Gov. Tate Reeves spent the morning leading the state in Christian prayer from his office. I guess there’s nothing else he needed to be doing.

Between three Bible readings, two prayers, and a bizarre statement telling God “Thank you for giving our leaders wisdom” (which makes you wonder what planet he’s living on), Reeves spoke as if the only people listening would be Christians. No one else mattered.