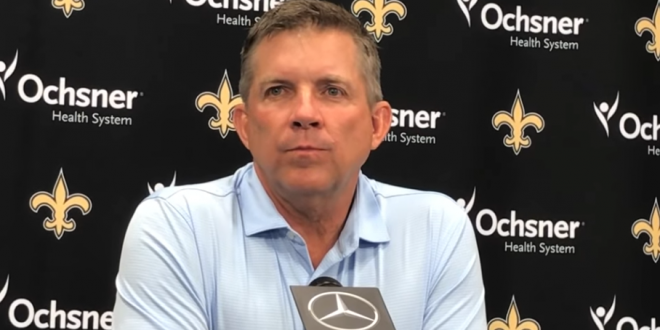 The 56-year-old received the result Thursday after taking the exam Monday. He’s experiencing fatigue at home but doesn’t have a fever or cough. Payton, who was the Giants’ offensive coordinator from 2000-02, has been the Saints’ coach since 2006.

He led the franchise to its first ever Super Bowl title during the 2009 NFL season. Seven NBA players, including Kevin Durant, have tested positive for COVID-19, while one NHL player on the Senators and two Yankees minor-league players have also tested positive.

John D’Amico, the mayor of West Hollywood, has tested positive for COVID-19, the illness caused by the novel coronavirus.

“The Mayor is taking every precaution as directed by his physician and public health directives. He is home resting and practicing an abundance of self-care. His husband is doing fine and is doing his part to quarantine at home with Mayor D’Amico,” a statement from the City of West Hollywood said.

Staffers working for the City of West Hollywood have also been ordered to leave work by City Manager Paul Arevalo, according to the statement, and all city facilities will undergo “immediate sanitization procedures.”

The palace of Monaco says its ruler, Prince Albert II, has tested positive for the new coronavirus but his health is not worrying. Albert, 62, appeared to be the first head of state who has publicly said he contracted the virus.

In a statement Thursday, the palace said he is being treated by doctors from the Princess Grace Hospital, named after his U.S. actress mother. It says Albert is continuing to work from his home office in the palace and is in constant contact with members of his government.