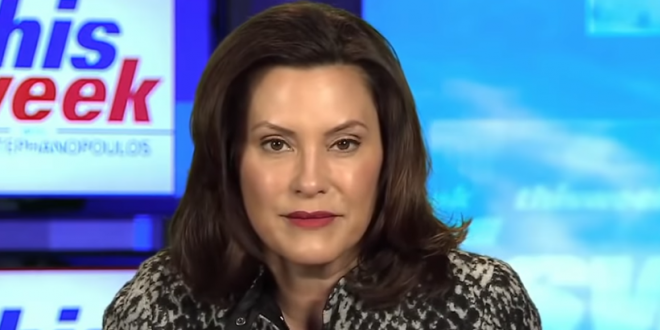 Michigan Gov Fires Back After Trump’s Attack: I Asked For Help, You Said You Stand With Michigan, Prove It

Michigan Gov. Gretchen Whitmer challenged President Donald Trump Thursday night to “prove” he stands with the state after the President criticized her for asking the federal government for more help fighting the coronavirus outbreak.

Trump, during an interview with Fox News on Thursday night, repeatedly slammed the Democratic governor for her demands that the federal government provide more medical equipment to the Great Lakes State.

Trump said in the interview that he doesn’t “know if she knows what’s going on” but “all she does is sit there and blame the federal government.” He also referred to her as “the young, a woman governor, you know who I’m talking about, from Michigan.”

Hi, my name is Gretchen Whitmer, and that governor is me 👋

I’ve asked repeatedly and respectfully for help. We need it. No more political attacks, just PPEs, ventilators, N95 masks, test kits. You said you stand with Michigan — prove it. https://t.co/FtWlTLZdqW