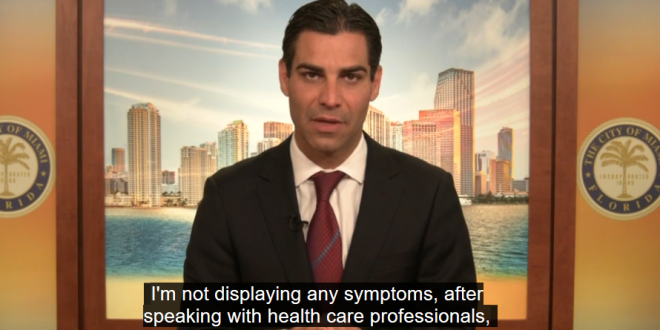 Miami Mayor Francis Suarez confirmed to NBC 6 Friday that he has tested positive for the new coronavirus.

Suarez, 42, had announced Thursday that he would be in self-quarantine after it was learned he may have been in contact with the communications director for Brazilian President Jair Bolsonaro, who tested positive for the new coronavirus after traveling to South Florida.

Suarez was one of several politicians, including Miami-Dade Mayor Carlos Gimenez, Sen. Rick Scott and President Donald Trump, who interacted with Brazilian President Jair Bolsonaro and his staff during a visit to South Florida last week.