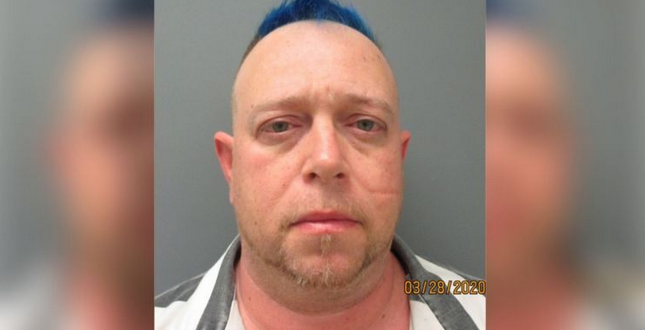 A Charles County, Maryland, man who threw a party at his house has unintentionally social-distanced himself from everyone after authorities say he was arrested for refusing to comply with the governor’s order against large gatherings.

Shawn Marshall Myers, 41, was arrested Friday night after officers found about 60 people hanging out around a bonfire at his home in Hughesville, the Charles County Sheriff’s Office said.

The sheriff’s office said it was the second time Myers had hosted a large gathering since Gov. Larry Hogan’s emergency order banning gatherings of more than 10 people went into effect. Deputies responded to his house on March 22 after receiving another complaint about a party there.

A second man has been charged in the murder of Chris Mader on Thanksgiving Day 2004. Shawn Marshall Myers, 33, of Waldorf, had been arrested in connection with the murder, Charles County police said.

Mader, 23, was fatally shot near the intersection of Smallwood Drive and St. Stephen’s Drive as he headed home from a shift at Bennigan’s, where he was a bartender.

Myers was already in jail on an unrelated charge, police said. He was charged on June 28 and remanded to the Charles County Detention Center with no bond.

According to Baltimore’s Fox affiliate, Myers turned state’s evidence in the murder and received a 15-year suspended sentence.

He is also listed on Maryland’s sex offender registry for crimes listed as “carnal knowledge and incident liberties.”