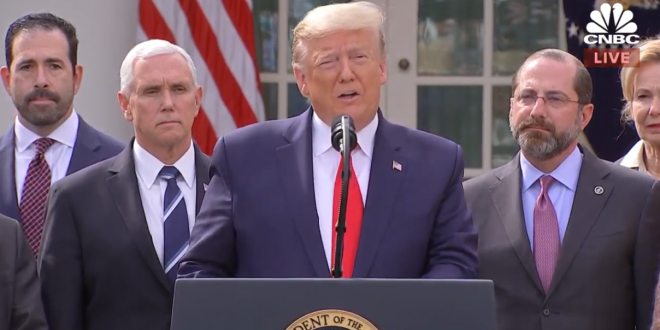 While the MAGA movement is divided over how seriously to take the coronavirus threat or how to tackle it, the message among his supporters is increasingly unanimous: If Trump fails to control the virus, prevent its spread and prove his leadership, much less save the economy, he will lose the election and cripple his movement.

Trump’s supporters elected him because they considered him a “wartime leader” who could fight against the swamp and the elites, so they expect the same against a truly invisible threat, said War Room host and former Breitbart editor Raheem Kassam.

“If, for a second, people think that he doesn’t have that strength, or he doesn’t have that fortitude, then it will become a problem,” he said. Seth Mandel, the editor-in-chief of the conservative Washington Examiner magazine, noted that the rapid flip on the right from triumphal unity to existential terror happened in less than two weeks.