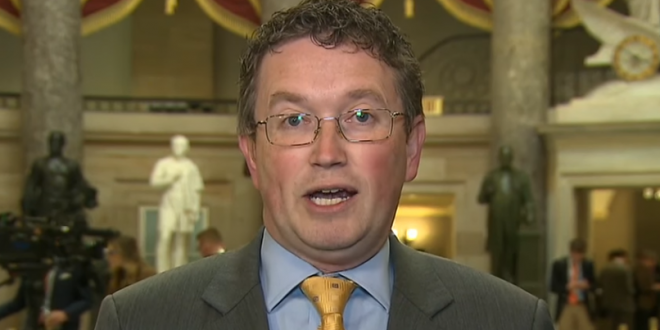 A Congressman from Kentucky plans to vote “no” on the $2 trillion coronavirus relief package, which the Senate passed 96-0 Wednesday evening. U.S. Rep. Thomas Massie, a Republican who represents Kentucky’s 4th District, also hinted that he might object to a voice vote in the House of Representatives, which would force all members to return to Washington, D.C. and slowdown movement on the bill.

Massie told 55 KRC radio Thursday morning he plans to reject the measure — which includes one-time $1,200 checks to certain individuals and $367 billion in loans and grants to small businesses — due to concerns over spiking the national debt. “If it were just about helping people to get more unemployment (benefits) to get through this calamity that the governors have wrought on the people, then I could be for it,” Massie said.

times a family of 4

=$68,000 per family of new national debt and dollar devaluation in this stimulus.

not a good deal

Universal vote by mail would be the end of our republic as we know it. https://t.co/NSqodOXsxx