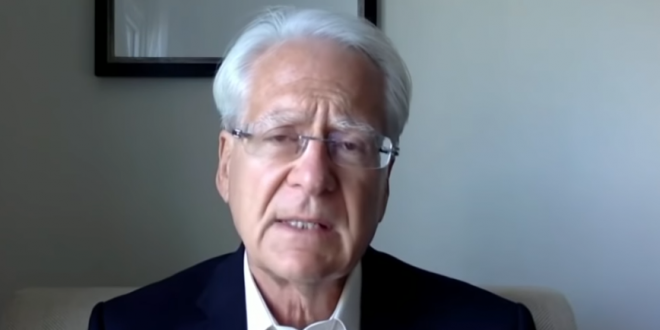 That’s what a class-action lawsuit filed in U.S. District Court for the Northern District of Texas is demanding from China for allowing the coronavirus to spread from the city of Wuhan around the world, forcing unprecedented restrictions on public life that could trigger economic recession or even depression.

On Tuesday, Larry Klayman, the founder of Judicial Watch and Freedom Watch and a former federal prosecutor, filed the complaint against China, the People’s Liberation Army, the Wuhan Institute of Virology and several individuals.

Last month Klayman sued Elizabeth Warren and Pete Buttigieg for $265 million for statements they made about his client George Zimmerman. In December, he sued the family of Trayvon Martin for $100 million.

In October he sued Joe Biden, claiming Biden got him banned from YouTube. That same month he sued Facebook for $3 billion over the banning of shitbag Laura Loomer.

And those are just few of the many, many insane lawsuits filed by Klayman, who appeared regularly on JMG during the Obama years for his many failed birther lawsuits and his calls for a literal revolution against the “Kenyan usurper.”

Previous NYSE To Close Trading Floor After Workers Test Positive
Next Bernie Sanders Erupts At Questions About Dropping Out: I’m Trying To Deal With A “Fucking Global Crisis”