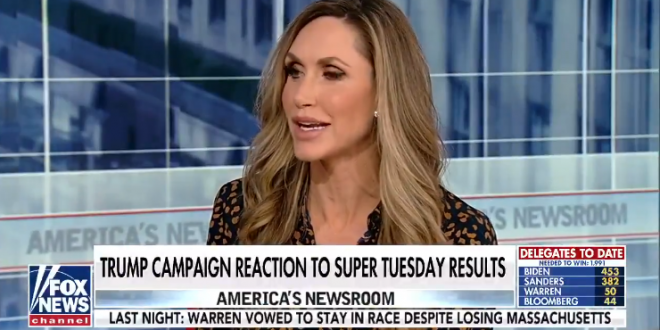 “It seems like if you’re a Democrat in this country, your choice right now looks to be a socialist who is a communist sympathizer or Joe Biden who I think a lot of folks legitimately, Ed, question his cognitive function in many cases,” she said addressing Fox News’s Ed Henry.

The campaign adviser, who is married to Trump’s son, Eric Trump, said she feels “nervous” when he goes to speak “that he’s not going to be able to coherently string a sentence together.”

To be fair the bar is too low though pic.twitter.com/TovnWxQ5cZ