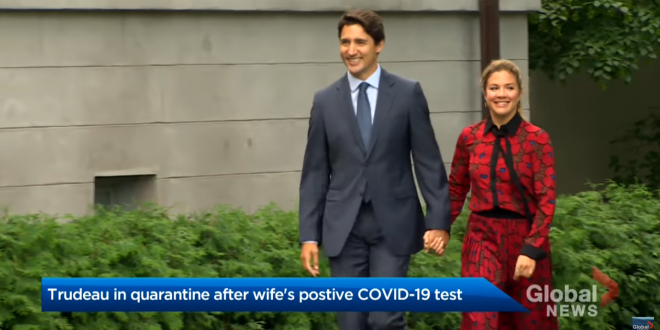 Prime Minister Justin Trudeau will remain in isolation for the next two weeks after Sophie Grégoire Trudeau, his wife, tested positive for the new coronavirus, his office said in a statement on Thursday.

Ms. Grégoire Trudeau became mildly ill on Wednesday and physicians tested her for the virus after she developed a low fever which has since passed. The couple voluntarily isolated themselves on Thursday.

Last week, Ms. Grégoire Trudeau attended a charity event in Britain with her daughter, Ella-Grace, and Margaret Trudeau, the prime minister’s mother. She was part of a panel with Julia Gillard, the former Australian prime minister, and posed for a photograph in a small group that included Lewis Hamilton, the Formula One driver.