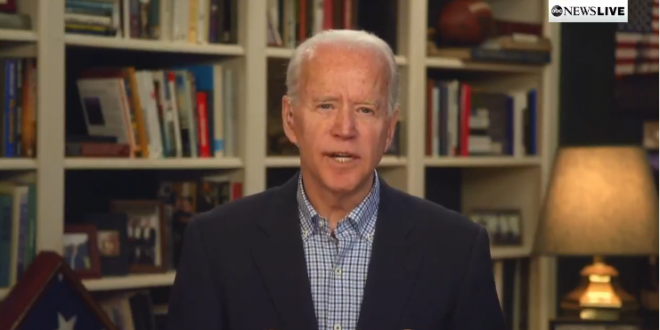 Democratic presidential candidate Joe Biden said on Wednesday that potential efforts by President Donald Trump to re-open American businesses in time for the Easter holiday could be “catastrophic.” Biden, the front-runner for the Democratic nomination to face Trump in the November election, said a quick return to normalcy could backfire.

“Now he’s suggesting he wants to get the country back opened by Easter,” Biden told reporters on a video conference, warning that it was an arbitrary or symbolic timeline.

“It would be a catastrophic thing to do for our people and for our economy if we sent people back to work just as we were beginning to see the impact of social distancing take hold only to unleash a second spike in infections,” Biden said. “That’d be far more devastating in the long run.”

Biden criticizes Trump’s suggestion of opening economy by Easter, saying it would be “catastrophic” if we “sent people back to work just as we are beginning to see the impact of social distancing take hold, only to unleash the second spike in infections.” https://t.co/N1WPhbZg0J pic.twitter.com/E6h9wX92uW