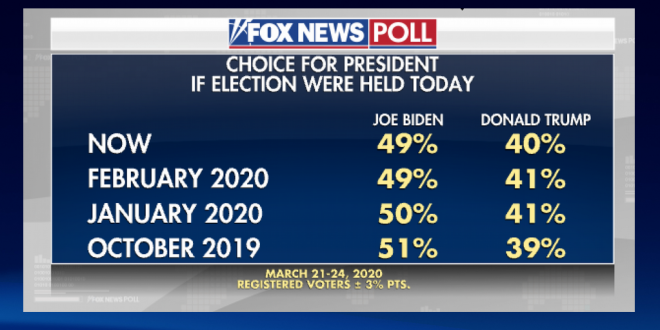 In a head-to-head presidential matchup, Biden is up by 49-40 percent over Trump, a lead that is outside the poll’s margin of sampling error. Another 11 percent would vote for someone else or are undecided. Last month, Biden was ahead by 49-41 percent.

The race remains a nine-point advantage for Biden over Trump when looking only at those voters extremely interested in the election (52-43 percent) and the former vice president has an eight-point edge in battleground states (48-40 percent).

Previous NYPD: 552 Members Have Tested Positive For Virus
Next Trump: Governors Who Won’t Blow Me Get No Help