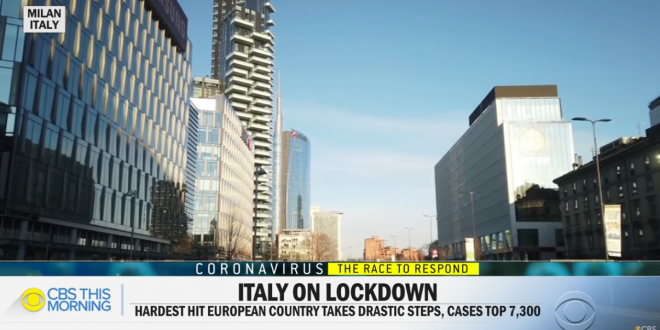 Thousands of people rushed to flee Northern Italy after plans by the government for a 16-million-person quarantine were leaked to the media ahead of time. Italy on Sunday shut down its Northern Lombardy region, which includes Milan, and 14 nearby provinces, a lockdown that is due to last until at least April 3.

In Italy’s south dozens of police officers and medics wearing masks and hazmat suits waited in Salerno, Campania, for passengers who had boarded overnight trains from Lombardy as fears mount over the virus’s potential spread.

“What happened with the news leak has caused many people to try to escape, causing the opposite effect of what the decree is trying to achieve,” warned Roberto Burioni, a professor of microbiology and virology at Vita-Salute San Raffaele University in Milan. “Unfortunately some of those who fled will be infected with the disease.”